… is the hardest thing I’ve ever had to do, and for quite a while I didn’t even know it. Everything changes when you grow, some for better, others for worse, and some so imperceptibly that they seem to remain as they were until something happens and that’s when you notice, it’s the strangest thing. I for one thought as a child and then later as a teenager that adulthood would be God’s greatest gift to me. That I’d have all the time in the world to do exactly what I want because *ta-da*, I’d now be in control of my own life and everything would amazing and exactly what I wanted, (boy is that far from the truth!) and that manifests itself in the simplest of ways.

For starters, I’ve been writing this post for almost three whole months, and every time I try to start it, finish it, or make it about something or the other, something happens to delay it. It started out as a precursor to my impending 25th birthday, that at the time I was dreading – I thought I’d suddenly feel immensely aged and that the day itself would have been awful (over the previous years something always happened to make all my birthdays suck, I kid you not).

I was also depressed as hell, because being on Facebook and seeing where most of my classmates and schoolmates seem to have achieved so much and are happy with life made me feel like at my age I haven’t accomplished shit… (especially as I’m not exactly on the way to doing anything major right now). Everyone else seemed to have their lives figured out, or are at least happy with the path it took, so why was I so uncertain? Was something wrong with me? I didn’t know, and as much as I knew I shouldn’t be using other people’s lives to measure my own, I couldn’t stop doing it, so I couldn’t help feeling badly about it.

Well, luckily the birthday came, and to my surprise, it was great! I felt very loved and appreciated by my colleagues at work, my family and my friends, and the following day was just as good… sans the food poisoning that I got from eating sushi. I realised shortly after that it’s ok to not know what’s going on with you all the time, and I’ll figure things out as I go along, so I’m ok with that. Which brings me to another topic that this post should have been about at some point, change.

Over the past few months I felt so under-appreciated at work, I felt like I was constantly killing myself every day for over a year on a job that I was good at, yes, but that wouldn’t have seen me grow or change very much, and I wasn’t even sure I wanted to continue doing. Add some good old-fashioned office politics to that and it made me feel more and more that though it was a fantastic opportunity, it really wasn’t worth me staying, and I left… without a plan. Some people are calling me stupid to this day, but, I’m happy. I’m the happiest (and healthiest) I’ve been for the past year-and-a-half.

I love having actual free time to get things done, to do nothing, to familiarise myself with my hair and style it in a hundred different ways because I can, (oh, yeah, there was also gonna be a Happy Nappyversary post, celebrating one year since I did the big chop and decided to wear my hair natural, obviously, that didn’t happen either. But let me just take the opportunity to say now that I’m still in love with it, and have zero plans to change my decision. Especially when there are faboulous websites like Lecoil, Curly Nikki and Naturally Curly to inspire me all the time), and, most importantly, to reconnect with the gazillion friends and family members that I’d lost touch with while I was stuck in the time warp that was my job.

This brings me to another thing that I most want to write about, just to help me cope, that happened recently… the thing that rocked my world beyond anything I thought conceivable and made me realise that I’m just a pawn in this game of life like everyone else, and not really in control of anything.
Now I don’t know if it’s the whole Breast Cancer Awareness Month thing that has me so consumed with mortality of late, but I just seem to be always thinking about life, and the fact that we need to let people know we love them and make the most of what we have before we die.

I met hair gurus Jane Carter and Thando Kafele during Jamaica Observer celebrates Fashion’s Night Out, interviewed them, and was so moved by their outlook. I learned a lot from them during their two days on the island. I also met and interviewed Shauna Chin, a phenomenal Jamaican woman, and that made me even more cognisant of just how precious life is, as corny as it sounds. And just last Friday I met Andre ‘Carlos’ Marsh, he’s the leader of Kurfew band and Kurfew productions. A young, talented keyboard player and a positive and vibrant man who is admired by his peers for his great spirit, he has Hodgkin’s lymphoma right now. I must say meeting him and covering his benefit had me thinking even more, and made me decide to find some way to make a serious contribution to society… still figuring that out. And then, yesterday, this happened to my little cousin. It literally turned my.whole.world. upside-down in a split second.

I’m still trying to cope, to be supportive to my family and stop thinking about playing with him and watching him be all smart for his age and listening to his little tinkly laugh that seemed to keep ascending and watch his big bright eyes get even brighter when he was excited about something and listening to his annoyingly loud but equally heart-rending cry in-between crying all the time myself.

It is by far one of the hardest things I’ve ever had to deal with since becoming a ‘grown up’… but I’ll continue to pray incessantly… for what else is ther eto do in such times but weep and pray? 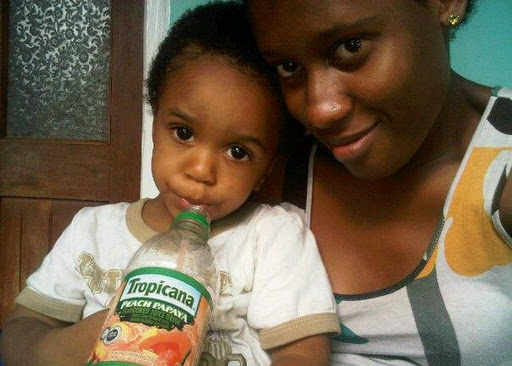 2 thoughts on “Growing up…”