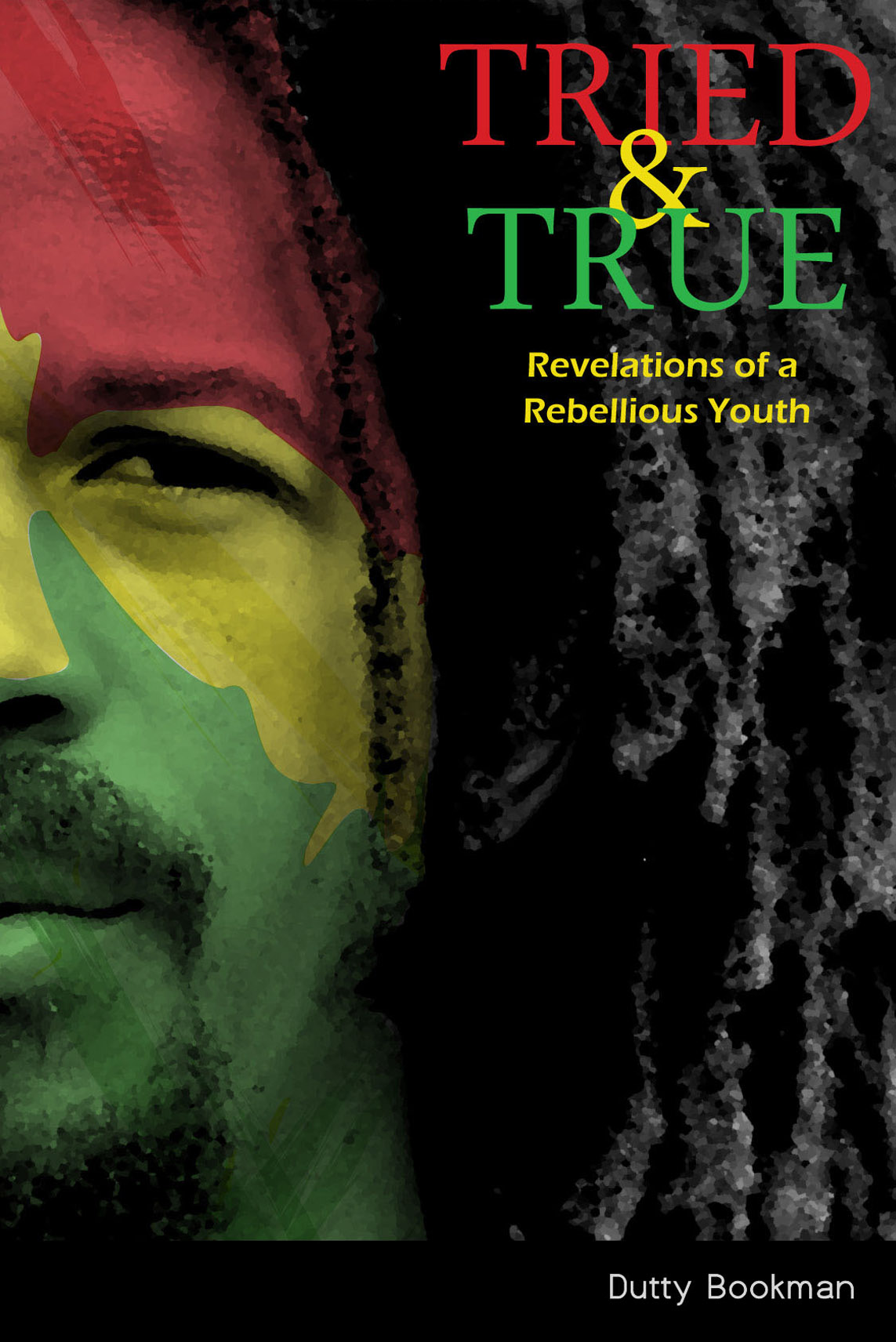 Greetings readers! I’m really excited about today’s post because it has provided me with the opportunity to amalgamate two features I am introducing for 2013 – reviews (primarily of books), and Real Men (i.e. interviews with progressive, positive Jamaican males who are making their mark on the world). Reading and writing have always been my first loves, and as some of you already know, I read for a degree in Literatures in English, so I decided late last year to start what I call ‘active reading’ again. There are tonnes of books on my list, so this is the first review. *happy dance*

I started reading an autobiography, Tried & True: Revelations of a Rebellious Youth by Dutty Bookman at the end of December and completed it on New Year’s Day as I really enjoyed it. Loved the narrative style and personalised effect achieved by the use of excerpts from his journals. I highly recommend the book. I found it to be an easy read, and a refreshingly honest, sometimes amusing, and highly interesting account of a young man’s spiritual awakening, personal trials, and passion to make a difference. I was impressed with it, especially being his first book, despite a few editorial glitches (which didn’t detract from the story for me really). It inspired me as a writer who writes to effect change, as well as a person undergoing a similar spiritual transformation, and by the end of it I had a lot of respect for the author and his story, so I contacted him for an interview (my notes are in brackets).

Get to know him a little more and go buy the book!

Click to buy the book on Amazon here… it’s reasonably priced at US$11.99. You may also visit his website/blog www.duttyism.com and purchase autographed copies there for US$20/$25 depending on your shipping address. Oh! You should follow him on Twitter too @duttyBOOKman, and ‘like’ his page on Facebook here.