Hiiiiii! I’m a tad ashamed to say that this post has been several days in the making, (OK, maybe longer), but for some strange reason the inspiration wasn’t quite flowing for me to finish it. Anyway, little over a week ago I had the privilege of accompanying my friend Ayanna and her uncle George on another of his adventures (you can read more about the first Road Trip here). This time we had a bit more company as I had invited my cousin Jhenelle, and uncle George took Shashu, another of his nieces, along for the trip as well, so I was very excited about how the day would unfold.  For this excursion to St Catherine, he had earmarked The Cotton Tree at Cottage (which is believed to be the island’s largest since Tom Cringle’s Cotton Tree collapsed), an abandoned Anglican church in Guanaboa Vale called St John’s (assumed to be Jamaica’s first), and the historic community of Juan de Bolas, named after a Maroon leader. 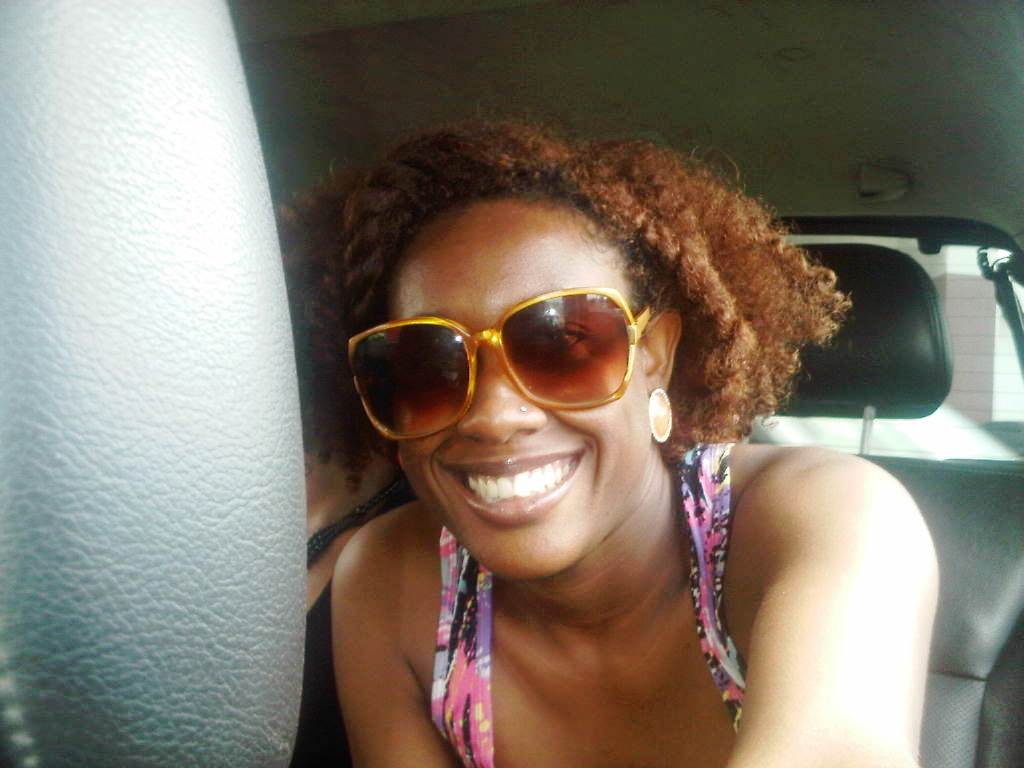 Meeee! Can you say excited?

The day promised to be a lesson in Jamaica’s rich history, and it couldn’t have come at a better time, too, as we all welcomed the distraction. Alas, as fate would have it, we never actually made it to Juan de Bolas due to time constraints, but the other two stops proved interesting indeed so I’ll share a bit about those with you.

First up… The Cotton Tree at Cottage (which was HUGE)!!!

I really wish the photos could do it justice, but they were once again taken using Ayanna’s BlackBerry, so you won’t get a full idea of its magnitude. Here are the preliminary measurements taken two years ago, just so you’ll have an idea… it stands at approximately 70 feet above sea level, with a circumference of 58 feet and diameter of 17.8 feet. WOW! You should see its roots! While there uncle George shared a number of factoids about cotton trees, and the history of the area and surrounding communities with us, (VERY interesting stuff)! He also had us do a libation – a tradition aimed at appeasing the spirits when visiting cotton trees. Shashu actually filmed this and other bits and pieces of the trip so I’ll place her video at the end.

From there we went on to the St John’s Anglican Church in Guanaboa Vale, not very far off. We looked around for a bit outside, then went inside to read the inscriptions on the aisle (LOTS of people are buried under there)!!! I was very disappointed to see the deplorable condition of the church and premises, and it sparked quite a discussion between us regarding charitable efforts to restore it to former glory, and which government or church body would be responsible for doing that.

It was certainly an interesting day, another of which I certainly won’t forget, and I’m grateful to uncle George and Ayanna for the experience. I learned a lot, we all did, and I also had a chance to clear my head and breathe some fresh country air into my lungs… sweet! Can’t wait for the next one! I hope I managed to paint a vivid enough picture of this road trip, but just in case I haven’t, go ahead and check out Shashu’s video… it’s pretty awesome!